Trying to keep up to date

I am trying to keep tatting, and reading the forum on In-tatters has been quite good motivation. I thought it would be a good idea to challenge myself to post once a week, no matter what I had or had not achieved. So please don't be surprised that nothing much has changed since last time. :) 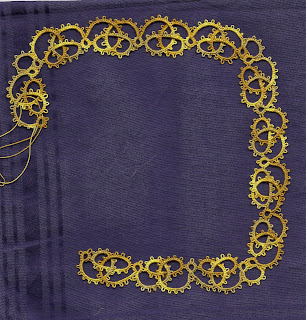 So the gilt frame has moved a few repeats, still four more to do. 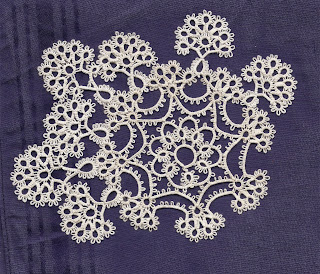 The Oeillets doily has now five small and two large carnation motifs added to the centre.At first I thought it would be best to work the motifs one by one but I soon discovered it would be best to do the small motifs first and add the longer ones afterwards. 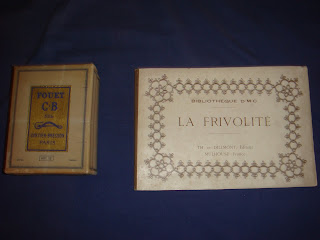 Look what arrived in the post! Another package from les Greniers de BD, a box of thread, and this lovely original booklet from the  1920's.


Look at these plates, I want to try some of these patterns very soon.
Posted by Katherine at 10:25 pm 8 comments:

Trying out some vintage thread

Wandering around the net I came upon this site selling thread. I couldn't resist buying some even though it works out quite expensive, because I have more balls than I can ever use! Still, the first box turned up last week. 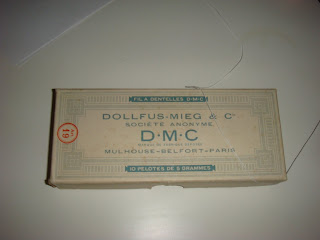 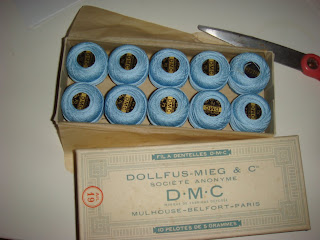 These are DMC 70 in mysotis (forget me not). I saw on In-tatters that 70 was the same size as 80 in an older scale, and it certainly would seem that way. It matches with the pink I bought at the brocante, so maybe I need to find a way of using them together.... 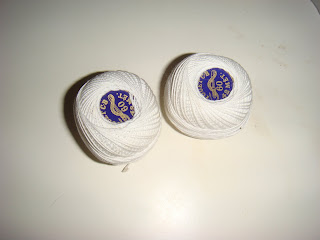 In the package was also some Cartier Bresson fil au fouet size 60. I don't think it is such a good tatting thread, but to be sure I began a doiley with it. 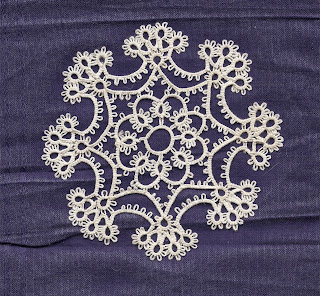 Here are the first three rounds of "Oeillets" from one of my french tatting books. 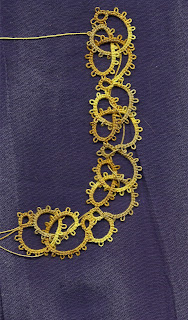 I am also making the celtic edging from Rozella Linden's book, but have stopped for the moment, as I need to join a new thread.... Here it is from a photo I took last week, but I have got a bit further now. The thread is "Golden Glow" and was a present from Lace-making librarian. I feel that the combination gives the impression of a gilt picture frame, no?
Posted by Katherine at 10:00 am 4 comments: